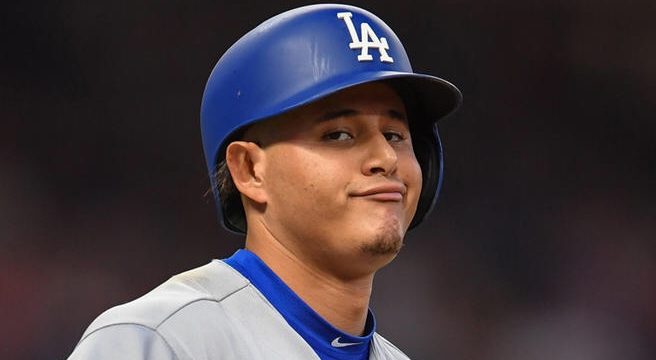 Today, Manny Machado signed with the San Diego Padres for 10 years and $300m.

He will slot right into third base and fill a gaping hole the Padres have been struggling to sort since the Wil Myers third base experience last season. Disappointing news in the short term for Ty France, but there’s still a chance he slots in as a utility guy instead of Jose Pirela.

Does that bump the Padres into a winning team now? Odds at the book makers have reduced from 150/1 to 50/1. A significant drop, but still not a World Series winning team just yet. PECOTA have made their adjustments. The addition of Machado takes the Padres from a 75/76 win team to a 78 win team, just one win behind the Cubs. So what else do the Padres need to do to get themselves over .500? An achievement the organisation has only achieved in 14 seasons of their 50 year existence.

The depth chart currently has Wil Myers in left, Manuel Margot in centre and Hunter Renfroe in right. Names that don’t exactly fill you with excitement when you see them listed.

After his 3.5 fWAR season in 2016, Myers hasn’t been all that good. Especially when it comes to defence, hence him returning to the OF. Despite only playing approximately half the games in 2018 than he did in 2017, he accumulated more fWAR than the previous year. An upturn in fortunes for the man who divides the fan base?

Manny Margot played the most games in his Padres career last year, accumulating 141 in total. Unfortunately it was also the worst season (out of the two full seasons he’s had) in terms of fWAR. His big stumbling block last year was offence, slashing just .245/.292/.384 with a wRC+ of 81. Defensively he’s good, but not great, not the ideal situation when you’re looking to go big and take the NL West.

Hunter Renfroe is a home-run hitter, he’s also distinctly average at defence. He’s the sort of guy you would love on your roster as a DH/OF type until he’s too old to run around. Unfortunately there is no DH in the NL, so it’s not happening in San Diego anytime soon. In the last two years, he’s hit exactly 26 home runs each time. If he can be more patient at the plate and try to draw some more walks, there’s a chance for him to be a really dangerous power hitter.

Verdict: If Franmil Reyes is for real, he could slot into left and move Myers over to replace Renfroe. Reyes’s power is phenomenal, but he’s not very good in the field. This still leaves the Padres a little short in the outfield, but not as much as the area I’ll look at next.

Behind Joey Lucchesi, the Padres rotation is looking pretty vulnerable. According to PECOTA Lucchesi is set to generate 1.8 bWAR. The rest of the rotation (Eric Lauer, Robbie Erlin, Jacob Nix, Matt Strahm) are tagged for 1.4 bWAR combined. On the plus side the Padres have some seriously good pitching prospects who are due to make the big league roster in 2019 or very early 2020. Logan Allen, Cal Quantrill and the man most people are talking about — Chris Paddack — who is causing prospect writers to salivate.

There is still work to be done to sort the rotation out, the front office cannot believe they are going to be able to compete with this current staff. If the Padres do wish to compete this year, they have to add an ace like Corey Kluber or a couple of 2/3 3/4 guys like Dallas Keuchel (who wants “ace” money) or Marcus Stroman. Hell, at this stage I’d be happy for the Padres to take a punt on Clay Buchholz and keep their fingers crossed they can get 100IP out of him, in the hope thats enough time for the prospects to mature.

Manny Machado is a fantastic addition for the Padres, despite concerns over the length of the deal and having all that money locked up. He isn’t going to jump this team into contention (this isn’t the NBA), but he is going to generate a lot of hype, excitement and ticket sales for this franchise that so desperately deserves a super star.

Finally, this lineup (including Tatis when he comes up) is under team control for the next four years. That’s pretty special in this modern day of baseball and even more important when this CBA is due to expire on 1st December 2021.

Padres fans should rejoice, it’s a great step in the right direction. However, they should temper their expectations in thinking this year will be the year they finally topple the Dodgers.